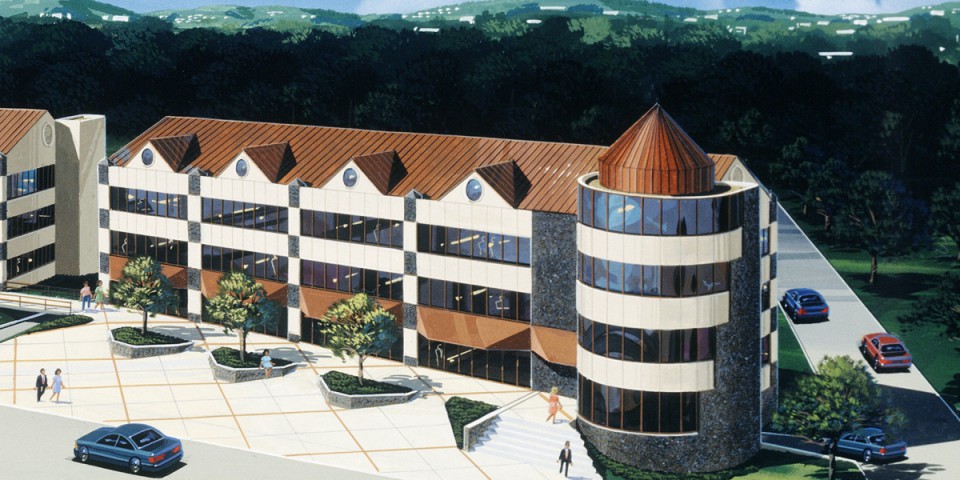 In the late 1980’s, visionary businessman and civic leader John O. Vartan began to assemble property in the City of Harrisburg in an area that was overlooked but prime for development. He envisioned a grand plan for the Sixth and Seventh Street corridor as a natural expansion of the City’s Midtown and an extension of the Downtown. Piece by piece, he acquired over 400 parcels barely 1,000 yards from the steps of the State Capitol.

Today this 25-acre mixed-use corridor is dubbed the Northern Gateway. When completed, it will consist of a projected $300 million of investment in 880,000 square feet of new construction and infrastructure improvements.

The PA Department of General Services and PA Historical & Museum Commission have established 1681 N. Sixth Street as the site of the new Pennsylvania State Archives building.

The State Archives is the official archive for the Commonwealth of PA. It collects, preserves, and makes available for study the permanently-valuable public records of the Commonwealth, such as William Penn’s original charter and the Pennsylvania constitution.

The Vartan Group was appointed as the Commonwealth’s agent to amicably enter into agreements of sale with property owners. As a result of our successful efforts, the footprint of the site covers three city blocks. We further assisted the Commonwealth with the pre-development phase, procuring site studies and technical reports.

The site consists of approximately 3 acres between Hamilton and Harris Streets. The project is currently in the construction phase. It is estimated to cost $24 million.

Upon completion, the $190 million building and its surrounding landscape will be a civic icon and public space that serves as a catalyst for further revitalization of the area while promoting stronger visual and physical links to the Capitol Complex and the rest of Harrisburg.

The project is currently under construction.

The 1500 Condominium is the first residential highrise to be built in the City of Harrisburg in 40 years. The award-winning, 8-story tower features contemporary residences on the upper floors and retail on the first floor.

Using the design-build delivery method, the Vartan Group delivered occupancy of the 34,000 SF building just six months after groundbreaking. The building was completed in 2002.

In 2013 the City of Harrisburg completed a road widening and associated infrastructure improvements for all of N. Seventh Street between Reily and Maclay Streets.