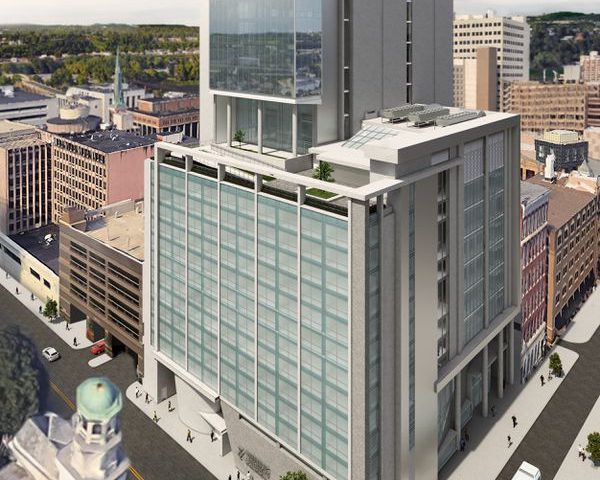 222 Chestnut Street is the site of a new academic tower for Harrisburg University of Science and Technology.

Commenting on the groundbreaking, Vartan Group CEO H. Ralph Vartan said, “It represents world-class talent that is attracted to Harrisburg for learning, teaching, research, and work.

222 Chestnut Street provided a rare opportunity for new construction with the type of large floor plate required by modern users. The existing zoning permitted a wide variety of uses.

It boasts a central location walkable to all amenities and destinations throughout downtown. It is convenient to the Harrisburg Transportation Center, UPMC Pinnacle Harrisburg Hospital, and the Capitol Complex.

An existing CAT public transit route serves this corridor. It is located outside the 500-year flood zone.